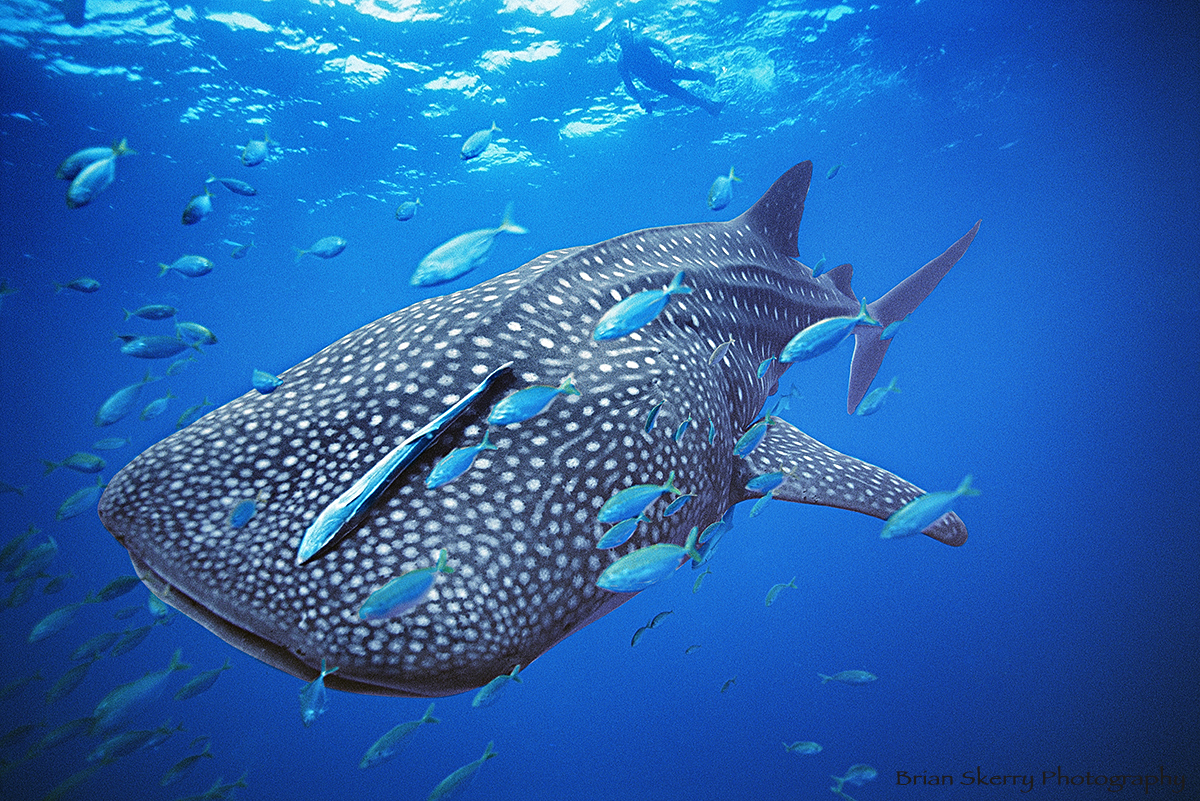 (April 11, 2016) We’re packing our dive gear and slates! Ocean Matter’s staff is busy gearing up for the pilot launch of our Utila,

Honduras Caribbean Coral Reef Ecology program in May in a very special collaboration with Earth, Ltd. of Southwicks Zoo and the Whale Shark and Oceanic Research Center (WSORC). High School students from Florida will be volunteering to help address challenges facing the health of the coral reef, including the lionfish invasion and underwater trash. We’ll also be assisting with the annual Whale Shark census, should we be lucky enough to see these gentle giants.

Lionfish are an Indo-Pacific fish species that researchers speculate (and DNA analysis has confirmed) were introduced to the Atlantic during Hurricane Andrew in 1992, when several were accidentally released from hotel aquaria during inundations. Unfortunately, as an invasive species to the Caribbean with no known predator, voracious appetites, and high rates of reproduction, lionfish have the advantage. They have been found as far north as Rhode Island and as far south as Aruba, Curacao, and Bonaire. The lionfish are helping themselves to an all-you-can-eat-buffet in the Caribbean.

The lionfish problem is not only pervasive, but deeply impactful to reef populations. Recent research shows that one single lionfish can reduce juvenile fish populations on a reef by 79% in just five weeks. While experts say the lionfish can never be fully eradicated from Caribbean waters, current solutions target controlling their numbers by creating a market for lionfish cuisine;  training of sharks and groupers to prey on them; and involving volunteers in spearing and removal.

Marine Science Through Service
Ocean Matter’s young people will be paired with trained and certified adult divers to spot and remove invasive lionfish found on the reef. The young people will then participate in dissecting the lionfish for data collection and participation in an Oxford University lionfish diet and depth study. We’ll also have a cook-off prepared by trained chefs, serving the invasive fish caught by the young people for dinner. The reef wins (less lionfish), we win (delicious dinner), and Oxford University wins (important data)!

Since lionfish can drastically change the assemblage of fish populations on the reef, the Ocean Matters students will also

be trained as Level II fish ID surveyors in order to participate in a Reef Environmental Education Foundation (REEF) fish survey. Students will dive with slates and record all fish observed for REEF’s database, which is used by scientists and marine conservation professionals to make informed ecosystem management decisions. The young people will also be addressing the problem of plastics and the effect of trash on the coral reef through Project Aware’s Dive Against Debris reef cleanup dive. Read more about how micro plastics are impacting the marine ecosystem and Utila specifically at this WSORC blog post. Lastly, the island of Utila is famous for its high population of Whale Sharks, which are found year round with increased numbers in April/May and September/October. WSORC has been monitoring the distribution, abundance, and population dynamics of Whale Sharks since the late 1990s. However, little is known about Whale Shark life history traits and even what draws large numbers of the animals to Utila in the first place. By employing citizen scientists and most recently drones to gather important data, WSORC can assist in helping to inform important marine conservation policy. We’re pretty sure that the Ocean Matters’ young people (and staff) will be thrilled to help and see one of these majestic creates in the wild. We’re also looking forward to learning first-hand how drones and the latest technologies are making a difference to the WSORC’s research efforts. Come along with the young people on this important trip by following the Ocean Matters blog, FB page, instagram (Ocean_Matters) and twitter feed (@Ocean_Matters) in the upcoming weeks. . . Because the ocean matters. And you do, too!