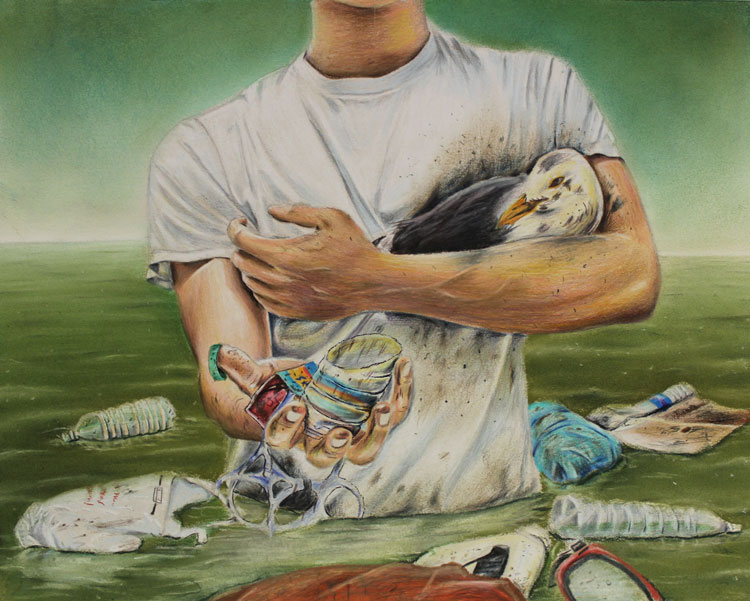 We’ve heard from the pundits about the agreements that came out of the climate talks in Paris. But what do young people, who will be living with the effects of climate change during their lifetime, think? Ocean Matters asked and this is a sample of what they had to say: “I think a lot of the negativity and resistance to change is promoted by fear and/or lack of understanding. It’s inspiring for a young person to see the older generations understanding the problem and 149 countries cooperating to develop a solution because I’ve grown up with the understanding that Climate Change is a real issue, but the previous generations have had to prove to themselves that it’s real and that it isn’t something dismissable that they have the choice of buying into, or believing in. Putting the responsibility on each State to fabricate their own plan is brilliant because it lessens the likelihood of arguments over fairness that only distract from the bigger issues and it makes each party feel empowered to make the changes that work for them specifically.” – Anya George, 19, Newmarket, NH, United States of America “The deal that came out of Cop21 was a let down. For those who aren’t new to this process, this shouldn’t have been surprising. Our world leaders have never put actions to the pledges they’ve made and they know this. There’s a part of the agreement that states that “Emphasising with serious concern the urgent need to address the significant gap between the aggregate effect of parties’ mitigation pledges in terms of global annual emissions of greenhouse gases by 2020 and aggregate emission pathways consistent with holding the increase to 2°C” of in regular English, that there’s a disconnect between the words of the world leaders and their actions. The next part of the deal that let me down is the fact that there’s 100 billion dollars in financing for the 48 least developed countries to adapt to climate change and overstep fossil fuels in their development. These are the countries that have contributed the least to climate change and will be facing the brunt of the impacts such as: floods, hurricanes, drought, desertification, and rising sea levels yet they lack the infrastructure to deal with it. This is a simple question of fairness, since developed countries have contributed most, will be impacted the least, and have benefitted the most from the development of fossil fuels, it should be our responsibility to enable the transition to a fossil fuel free future for these countries. Furthermore the document doesn’t mention fossil fuels, oil or coal once which is preposterous when 80% of fossil fuel reserves have to stay in the ground to stay under 2°C of warming. Finally, climate negotiations have been going on for well over the 20 years, I think it’s time for something better than a start.” – Khalid B.,16, Vancouver, British Columbia, Canada

“I think that great strides were made in furthering the reduction of anthropogenically driven climate change at COP 21. Specifically, the mandatory submissions of NDCs by participating countries every five years will force real action to be taken on a global scale. While there is still much left to be done, this conference certainly helped augment the growing movement to end anthropogenically driven climate change, and I expect it will help improve emissions standards globally.” – Connor Dolan, 17, Pasadena, CA, United States of America

If you’re a young person and want to add your voice to the conversation, please do so here: