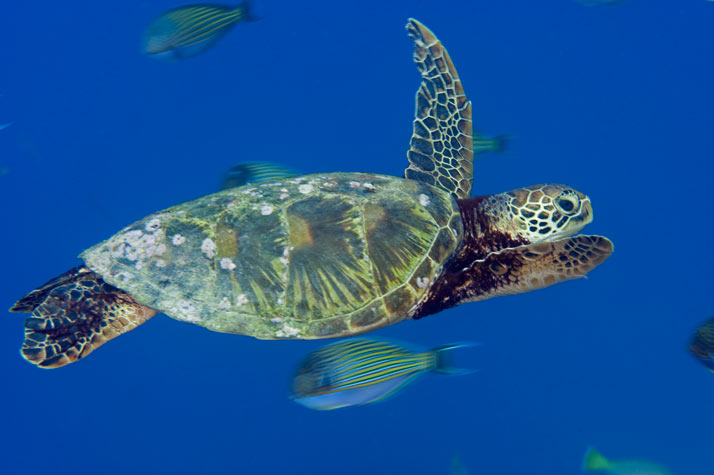 I know the excitement (and butterflies) you feel. Twenty-seven years ago I was like you: a teenager about to embark on an oceanic adventure of a lifetime. From the moment I put my mask in the waters of a coral reef, I fell in love with the ecosystem and felt a connection to nature that I never felt before. Fifty feet under the crystal-clear waters swimming effortlessly within the rainforest of the sea, I felt I belonged. That summer learning about reefs catalyzed in me a desire to learn as much as I could about how these ecosystems worked, how to protect them, and then most importantly share that knowledge with others and in doing so hopefully inspiring them. That my friends, is where you come in. The ocean matters and it needs you. What we do to the oceans we ultimately do to ourselves. We need the oceans and natural systems far more than nature needs our species. The reefs and other ecosystems of the ocean need you to learn about why they are important and why preserving them is enlightened self-interest for our species. The reefs need allies who will speak for them and help others to understand how the fate of 7 billion humans is intricately linked to coastal ecosystems and the other 1.5 million species we share this planet with.

Why is it so important that you’ve signed up for this adventure in Hawaii? Because we have entered the age of the Anthropocene. While our species is a relatively new player in the cosmic play of life, in our 6-million-year history we have inadvertently managed to do something that no other species before us has ever done: change the planet on a global scale. Humans manage and manipulate three quarters of the planet’s surface mostly for unsustainable farming practices to feed ourselves. Our various activities are warming the atmosphere and causing the premature extinction of species. Ocean waters are warming, sea levels are rising, and oceans are slowly becoming so acidic that they threaten all life in the oceans. Run-off from agriculture and unsustainable land use practices are over-enriching our oceans with fertilizers causing toxic algal blooms and potentially contributing to the occurrence of grotesque tumors on green sea turtles. But hope is not lost. . . This summer, in a magical 10-day stretch of time on a little slice of heaven on earth, you will have a chance to be explorers, marine scientists, cultural diplomats, bridge builders, sustainability activists, global citizens, and leaders. By learning about the health of corals and the incidence of fibro-papilloma tumors in turtles, we put a mirror up to ourselves. Without question, all of us will leave with a wider circle of compassion and a more tangible personal connection to the natural world. We will also all share the realization that EVERYTHING IS CONNECTED and what we do to nature we ultimately do to ourselves. The idea that EVERYTHING IS CONNECTED is the take home message of this journey. In less than a month, and with 19 other new friends, you will be 50ft under water thinking about connections you never dreamed existed. Until then, carpe diem!

Christopher P. Gawle, Director of Marine Biology Education, has been teaching secondary science with a speciality in marine and environmental topics for twenty years. He has a masters of science degree in marine science from University of Charleston. Chris is an alumni of an early incarnation of the Ocean Matters program and then came back as a marine biology teacher for the program in Grand Cayman, BWI upon graduating from Bates College in 1996.